I love to support Australian writers, both by reading and reviewing their works, and by taking pictures of their smexy books and posting them over at my Instagram. Below is a gallery of Aussie books I’ve read this year. Run your eyes over these gorgeous books! Buy them! Leave reviews! (And if you want to throw me a follow over at Instagram, that’d be pretty cool too.)

Sadly, there are four missing, all of which I read as ebooks and didn’t organise a picture of. I suck. They are Seeking Faith and Losing Faith (by Lauren K. McKellar and Jennifer Ryder, respecitvely) and Nothing and Everything (by K. A. Last). You should read those too.

Shadows and Spellcraft has your copy of Shadow Walker by Tiffany Shand plus over a dozen more reads at the amazing pre-order price of US$0.99! Order your copy today! 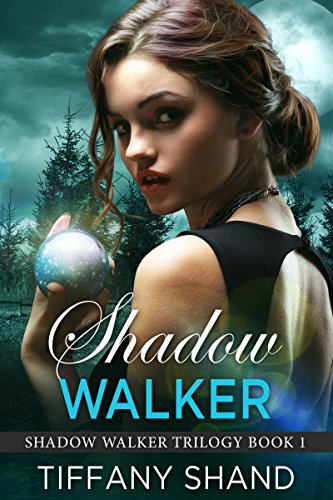 After her enforcer teammates are killed in a bust gone wrong, Denai witch Charlie McCray struggles to carry on working the job without them. Using her gift of communicating with the dead, she’s determined to get justice and find those responsible no matter what. But her only clue to go on is a mysterious orb with a deadly reputation that everyone wants to get their hands on.

The only one who may be able to help her figure out their deaths, and the connection to the orb is the dark and sexy demon from her past. Convinced she’s his life mate, to her denial, Charlie isn’t happy to see him again. Can they really work together as partners to track down the truth whilst ignoring the ever-growing attraction between them?

Tiffany Shand is a writing mentor, professionally trained copy editor and copy writer who has been writing stories for as long as she can remember. Born in East Anglia, Tiffany still lives in the area, constantly guarding her work space from the two cats she shares her home with.
She began using her pets as a writing inspiration when she was a child, before moving on to write her first novel after successful completion of a creative writing course. Nowadays, Tiffany writes urban fantasy and paranormal romance, as well as nonfiction books for other writers, all available through Amazon and on her own website.
Tiffany’s favourite quote is ‘writing is an exploration. You start from nothing and learn as you go’ and it is armed with this that she hopes to be able to help, inspire and mentor many more aspiring authors.
When she has time to unwind, Tiffany enjoys photography, reading and watching endless box sets. She also loves to get out and visit the vast number of castles and historic houses that England has to offer.
You can contact Tiffany Shand, or just see what she is writing about at:

A boxed set with over a dozen amazing reads, that will take you to lost worlds, fall in love with unlikely heroes, and kick some butt with no-nonsense chicks. With a collection that includes New Adult romance, urban fantasy, and Young Adult, there’s something for everyone.

Each story is exclusive to this collection, and includes some shiny new stories from USA Today and New York Times bestselling authors.

If you love to binge on stories that take you away from the ordinary, this boxed set of fifteen books will keep you reading for days. It’s stuffed with vampires, shifters, mages, fae, ghosts and more in everything from modern day Earth to Apocalyptic settings. Bury your nose in this box set now. Order your copy of SHADOWS AND SPELLCRAFT NOW

Bookstagram: For the Love of Aussie YA — Aussie Writers

On Thursday I was at Aussie Owned, sharing some gorgeous Aussie YA bookstagram photos! Check it out.

This month at Aussie Owned and Read, our theme is For the Love of Words. I love all kinds of books — ebooks for the convenience (mostly), audiobooks for the hands-free alternative, and paperbacks for, as much as anything, the experience. I’d been increasing my collection of the first two types, but in the last […]

via Bookstagram: For the Love of Aussie YA — Aussie Writers

Confessing my fear: failing as an author

Happy Halloween, dear readers! As you’ll already be aware, this month on Aussie Owned and Read we’re talking fears. I’ve already blogged about a couple of mine previously — during our 2014 Haunting Halloween blog hop, I shared a scary (and true) story of the last time took part in a seance, and talked about […]

via Fear of failing as a writer — Aussie Writers

Today I’m over at Aussie Owned, talking urban fantasy. Because why settle for the real world when you can have more? :p

September’s theme is genre, so this month we’ll each be focusing on a different genre and highlighting what makes it great. Today I’m taking a look at my favourite genre to read (and write): urban fantasy.

“Urban fantasy is a subgenre of fantasy in which the narrative has an urban setting. Works of urban fantasy are set primarily in the real world and contain aspects of fantasy, such as the arrival of alien races, the discovery of earthbound mythological creatures, coexistence or conflict between humans and paranormal beings, and other changes to city life. A contemporary setting is not strictly necessary for a work of urban fantasy: works of the genre may also take place in futuristic and historical settings, real or imagined.” — Wikipedia

As a reader, urban fantasy can be a tricky genre to love. That might sound like a strange thing to say, but it’s true — quite often I go into…

Today I’m at Aussie Owned, giving advice to my younger self about writing. Check it out!

You think I’d know better than to take the last post slot of the month when we’re doing an advice theme. By this point, dear reader, you’ve seen all sorts of excellent “what I wish I knew” advice posts — and my main messages to my younger self would be very similar to those already described:

So I considered my main advice to younger reader me, and decided it would be “one format of books is not better than another — and, BTW, audiobooks are awesome so get onto that”. But I’ve blogged about the audiobook thing here too.

Fathered by an incubus, raised by a mortal mother, and liaison to the Pemkowet Police Department, Daisy Johanssen pulled the community together after a summer tragedy befell the resort town she calls home. Things are back to normal—as normal as it gets for a town famous for its supernatural tourism, and presided over by the reclusive Norse goddess Hel.

Not only has Daisy now gained respect as Hel’s enforcer, she’s dating Sinclair Palmer, a nice, seemingly normal human guy. Not too shabby for the daughter of a demon. Unfortunately, Sinclair has a secret. And it’s a big one.

He’s descended from Obeah sorcerers and they want him back. If he doesn’t return to Jamaica to take up his rightful role in the family, they’ll unleash spirit magic that could have dire consequences for the town. It’s Daisy’s job to stop it, and she’s going to need a lot of help. But time is running out, the dead are growing restless, and one mistake could cost Daisy everything…

Anyone with a very long memory will recall that I was looking forward to Autumn Bones releasing in 2014. More than two years later, I finally read the thing — though I don’t know why I didn’t read it sooner. I’m easily distracted by shiny things, I guess!

Autumn Bones is the second in the Agent of Hel series by brilliant fantasy writer Jacqueline Carey. I read the first, Dark Currents, back in 2012 and loved it (but that was before I was regularly reviewing books so I can’t link you a review, sadly). Of course, before starting Autumn Bones I couldn’t remember much about the series except for the fact it had a main character named Daisy who was half demon.

All of this is a roundabout way of saying that you can read Autumn Bones as a standalone book if you get the opportunity; you’ll be able to follow the story just fine. Daisy’s voice is such that she has a way of reminding you about things in a chatty way that makes you feel like she’s catching you up on her story over a cup of coffee and a slice of pie. It’s one of my favourite things about the book, honestly. (Also, she and her friends compare themselves the Buffy and the Scooby Gang, so you know they’re speaking my language!)

The other is the fact Daisy has a tail. Which is apparently very sensitive; she likes it when it’s scratched.

On that note, Autumn Bones is adult urban fantasy, but — despite Carey’s other books being quite, erm, intense — goes pretty light on the sex scenes. They do happen, but they are either glossed over or are described but in a very general way. We’re not talking erotica here. (Honestly, I was a tiny bit disappointed … but that says more about me than it does about the book.)

I’m not a usual fan of the love triangle story device. In this instance the book has something closer to a … love square? But Daisy is an old-fashioned and relatively wholesome girl, despite her ancestry, so it’s mostly that she notices other guys — we’re not talking orgies* or affairs or anything. It’s more that there’s the man she’s had a crush on since she was in school, who likes her but can’t hook up with her for family reasons. There’s the hot biker ghoul that she is attracted to but generally keeps it professional with. And there’s her actual boyfriend, who is fun, albeit related to some rather unsavoury types.

You might be wondering about the clash between Daisy being the daughter of a demon and the fact she’s named Daisy and says “ew” at orgies. It’s because her mother didn’t set out to summon a demon; it was an accident, and once she got pregnant she set out to raise her daughter to be a good person. As well as the tail, Daisy wrestles with strong emotions — strong enough that things tend to get creepy around her if she gets mad enough — but she has been taught that to give in to the demon side of herself would fracture the wall between earth and hell, which is a lot of incentive to stay on (or at least adjacent to) the path of righteousness.

As a reader, part of me really wants to see Daisy embrace her inner demon, though. I’m imagining it’d be like Elsa in Frozen, except with fire. I’ll bring the marshmallows!

Ahem. Anyway. The story in Autumn Bones is a little meandering, and is sometimes slow-paced, especially towards the start. There weren’t any earth-shattering plot twists, but I enjoyed the story and was entertained nevertheless. I’ve already ordered the sequel, which I gather is the last book in the series. (Noooo!)

In case you missed it, last Thursday I was over at Aussie Owned and Read, talking about starting a story right.