I’ve posted so many reviews lately that recent followers of my blog might be forgiven for thinking that’s all I do here. But, despite appearances, I have been slowly beetling away for the better part of the year on the sequel to Lucid Dreaming, my adult urban fantasy. I’m about half a chapter from “the end” — the goal is to have the first draft done before Christmas, if I can overcome the distractions of the silly season.

It’ll be a near thing.

At this stage, the plan is for Lucid Dreaming and its sequel to be a duology — a two-book series. The goal is to release the sequel in the middle of 2017.

So, what can I tell you about this sequel?

Well, first off, there’s the title: 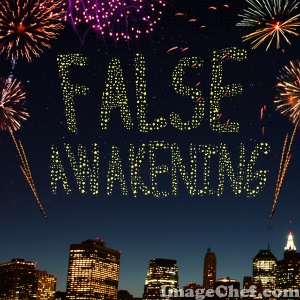 Yes, False Awakening — inspired by that phenomenon that is “a vivid and convincing dream about awakening from sleep, while the dreamer in reality continues to sleep”. (Thank you, Wikipedia.)

I can also share an early version of the blurb (although this one is subject to change once my lovely editor finishes her maternity leave!).

“Sometimes I have nightmares where I dream I’ve woken up, and then I start attacking people…”

Melaina, half-human dream therapist, just wants her life to return to normal. Yes, her Oneiroi father is in prison and, yes, the place she worked burned down, but she has a cute boyfriend and a new house. She beat the bad guy. She’s earned a break. Right?

Unfortunately for Melaina, people are still getting possessed by nightmare spirits; the police are investigating her past; and the bad guy’s brother, the Morpheus himself, is coming to town to demand answers. When a deranged ex-nurse checks himself out of hospital on the same day her cousin runs away from home, Melaina is dragged into a fight not just for her life but for her soul.

Also, note — if you’re a Goodreads user, you can add False Awakening to your “to read” shelf. You know, if you want to.

To celebrate, the Lucid Dreaming ebook is on sale for $0.99 (US) at the following websites.

Not the book cover — I don’t have one of those yet. But it is pretty! Source: Shutterstock 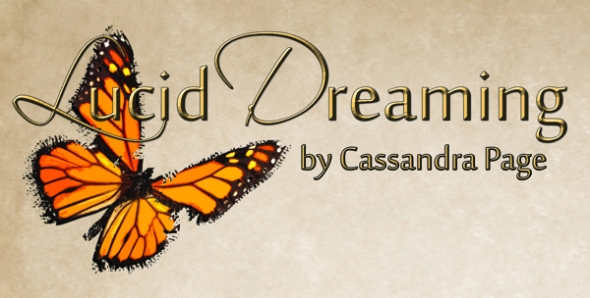 Lucid Dreaming, my adult urban fantasy, is scheduled to come out in November this year. Like the Isla’s Inheritance trilogy, this book is set in Australia, and deals with complex family relationships and the bridge between humans and the supernatural. Unlike Isla, though, Melaina already has a clear idea of her place in the world and is content to make her way within it.

But her absentee scoundrel of a father is an Oneiroi, a Greek spirit of dreams, and is wanted by his own kind — a fact that gets her in all kinds of trouble.

The manuscript is currently with my wonderful editor, and the cover is more or less done thanks to KILA Designs, so it’s all starting to feel real. I’m thrilled at the idea of finally sharing this book with you. I adore Melaina’s story, and I hope you will too.

In the meantime, here’s the blurb to whet your appetite.

Who would have thought your dreams could kill you?

Melaina makes the best of her peculiar heritage: half human and half Oneiroi, or dream spirit, she can manipulate others’ dreams. At least working out the back of a new age store as a ‘dream therapist’ pays the bills. Barely.

But when Melaina treats a client for possession by a nightmare creature, she unleashes the murderous wrath of the creature’s master. He could be anywhere, inside anyone: a complete stranger or her dearest friend. Melaina must figure out who this hidden adversary is and what he’s planning — before the nightmares come for her.

Lucid Dreaming is also up on Goodreads, and if you add it to your to-read list, I’ll be forever grateful. Really, I will. There’ll be dancing and everything.

For those of you that missed it on other social media, the final book in the Isla’s Inheritance trilogy, Melpomene’s Daughter, has its own Goodreads page. Where you could add it. If you wanted to. *shuffles feet*

The cover isn’t up yet — I’m hoping to have it in the next week or two — and the exact release date is to be confirmed. But there is a BLURB. Which I shall re-create for you here in all its blurby glory.

Isla struggles to embrace her fae nature while preserving her humanity in this final, exciting instalment in the Isla’s Inheritance trilogy.

Isla has spent months persuading the Canberra fae that she isn’t a tyrant like her mother, trying to prove that — despite her mixed blood — she’s human, not a monster. That she’s one of them, not one of the high fae who enslaved them.

When the Old World fae move once again against her family, seeking revenge for old wrongs, Isla will stop at nothing to keep those she loves safe. She just wants to be left alone. But to win that right for herself, her family and all Australian fae, she must cross the oceans and take the fight to the country of her birth.

Isla will prove she really is Melpomene’s daughter after all.

I love this book, you guys. I know writers usually say that their favourite book is the one they wrote most recently, and I did work on copy edits for Melpomene’s Daughter the weekend before last, but I really do think that it is the most fun, most exciting and most heartrending book in the series.

I can’t wait to share it with you all. ❤ 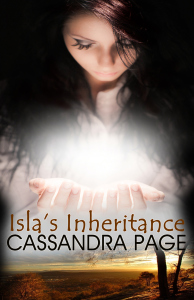 [Obligatory promo link to the first book goes here, so you can catch up before Melpomene’s Daughter comes out!]

Hooking your reader: writing a blurb.

I hope you enjoy this: my first guest post, written by Sharon Sant!

The cover is the first thing that will draw a reader towards your book, but if you think of that as the shop window, then the blurb is the sales patter once you’ve entered the store. You’ve spotted that adorable teapot, or that divine sparkly dress, so you step inside the shop and are greeted by a smelly, rude, disinterested sales assistant. What do you do? You might still buy the item, enamoured by its beauty. More likely, you won’t want to give a penny of your hard-earned cash to such a vile specimen of humanity.

Think of your blurb that way. You’ve tempted in your customer with a fabulous cover, but then your blurb is a snore-fest. They’re not going to buy. It’s such a common mistake and easy to avoid. Your blurb is not a synopsis of the book; it’s a tickle under the chin that says: come on in and stay with us for a while. Your blurb needs to convince the reader, in a few short seconds, that they cannot live without discovering what happens in your book. There are a few simple points to consider that will help you achieve this:

Know your genre. Look at what other blurbs are like, as many as you can. Take note of the language they use—it’s usually in keeping with the tone of the book. A thriller, for example, will use short, punchy sentences. A fantasy blurb will feel like it is weaving magic as it talks to you. A quirky comedy will try to make you laugh. Romance will want to seduce you. The more you read of others, the more you’ll get an intuitive feel for what needs to go in yours.

This goes hand in hand with researching your genre. Every genre has its conventions—things that readers expect and want to see—and the blurb should adhere to that. Look at other blurbs for words that crop up again and again within the same genre; they’re there for a reason. Fantasy blurbs contain a lot of ‘destiny’ and ‘magic’. See where we’re going? These words will pique the interest of your potential reader; they’re browsing your genre because that’s what they like to read about.

Drive your potential buyer mad with curiosity. Pose ‘what if’ questions to lure them into your story. ‘What if this woman doesn’t get the man of her dreams?’ What will this woman do? Will she kill herself? Have a sex change? Become a nun? Leave your potential reader needing to know. It can be effective to hit them with your blurb first and then pose the question as the closing line. You can also do the question pose without actually using a question: ‘Her life would be perfect, if only she could catch the man of her dreams…’ Here, we leave the outcome as something unknown; just like when we posed the question, the reader doesn’t know where the story is going to end up and we’ve caught their interest.

You have no idea how many blurbs I’ve seen that seem to be longer than the book itself. Your book is awesome, but don’t tell the reader everything that happens on the blurb in a non-awesome, telling-not-showing way. Keep it short and retain your mystery, feed them just enough to lure them in. Personally, I think a paragraph or two is about right, but I’ve seen one-liners that work brilliantly. It’s up to you but always remember that your blurb is not your synopsis.

Sharon Sant holds a BA (Hons) in English and creative writing and is currently researching a PhD in literary studies. She is a freelance editor and is the author of YA novels, “Sky Song” and “The Young Moon”. You can find her blog here.