← Reviews: ‘Every Word’ and ‘Every Move’ by Ellie Marney
Review: ‘Their Fractured Light’ by Amie Kaufman and Meagan Spooner → 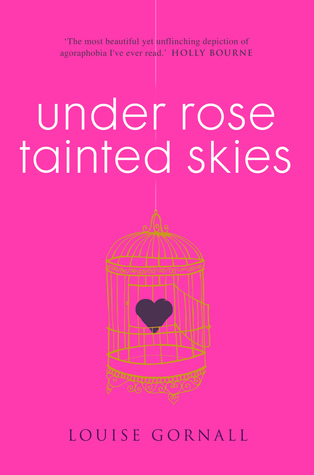 I’m Norah, and my life happens within the walls of my house, where I live with my mom and this evil overlord called agoraphobia.

Everything’s under control. It’s not rosy — I’m not going to win any prizes for Most Exciting Life or anything, but at least I’m safe from the outside world, right?

Wrong. This new boy, Luke, just moved in next door, and suddenly staying safe isn’t enough. If I don’t take risks, how will I ever get out — or let anyone in?

This book, you guys. It’s the sort of Own Voices diverse book that I often hear about but don’t often seem to read, probably because of my obsession with urban fantasy novels. It is unflinching and in-your-face, told in the first person present tense — the style that gets the reader closest to the thoughts and actions of the protagonist.

Our protagonist is Norah. She has agoraphobia and OCD, suffering debilitating anxiety attacks when she has to leave the house or when things in her environment are out of order. She’s terrified of germs and overthinks things. Like, really overthinks them — and not just the things that most people worry about, but things that might seem tiny in the grand scheme of things but to Norah’s brain are critical. For example, there’s almost an entire page of dialogue where all of Norah’s increasingly anxious thoughts are about how the other person has a piece of hair stuck to their lip.

Norah’s conditions mean pretty much this entire book is set inside her house, and for a lot of that she is alone — but her mind is so busy all the time, and Gornall’s style is so engaging, that I didn’t really notice the lack of variety in the scenery. Occasionally we get glimpses of Norah’s sass, which made me laugh, but my favourite thing was Gornall’s cleverly descriptive use of comparisons, and the way she interweaves Norah’s symptoms (such as picking at scabs or chewing her nails) into the action seamlessly.

A vocal tic rolls up my chest, pushed by pressure, until it flops out of my mouth and I moan like Frankenstein’s monster.

His smile sets my kitchen on fire.

I could go on for days with examples (I chose those two by opening the book random), but I want to talk about the “he” in question. Luke is Norah’s new neighbour, and he’s basically the sweetest thing. He decides Norah’s cute when he glimpses her through her bedroom window and soon realises she’s not what he expected — but curiosity, a good heart and an understanding of mental illness due to a family member having it mean that he persists in trying to get to know Norah when she’d probably prefer he didn’t.

Although Luke is possibly slightly too good to be true, I was pleased to see that he wasn’t your typical magic bullet trope. I won’t go into details of what I mean here, because I don’t want to get too spoiler-y, but Hollywood definitely has certain stereotypes about women being “saved”, shown the error of their ways by a man, and let’s just say that’s not what happens here. Yes, Luke does broaden Norah’s horizons (before she met him she really only had in-depth conversations with her mother and doctor). But she isn’t magically cured by virtue of his presence.

I can’t recommend this book highly enough, you guys — and also, before I finish up, take a moment to admire the pretty cover. There are three different-coloured versions of this cover, all in different shades of pink; I got the palest pink one and I love it!

One Comment on “Review: ‘Under Rose-Tainted Skies’ by Louise Gornall”