I was going to do a list of my favourite bookish Christmas Instagram posts by other people, because there are some corkers out there, but WordPress restrictions prevent me from properly embedding Instagram posts so that people can readily access the original. And I wasn’t comfortable copying the images off Instagram and uploading them separately, even with links, because that way lies madness and copyright infringement.

So. I decided instead to list my own top five most liked posts from 2016 — because that way they are my own photos and I can’t get in trouble from anyone but me. (I may have a stern word with myself later…) I’m still relatively small time in #bookstagram circles, but these posts did better than usual, and I’m rather proud of that.

You’ll notice that every single one of these images has something in common: a PopVinyl figure. I have a rather embarrassing collection of them and, while I do post a few images without them, those never seem to be as popular. I can understand that. I love my Pops too! ❤

I chose five because that’s how I roll. Of course, the problem is that three of my images are tied at 99 likes each. And if you don’t think that the missing like to get them to 100 is driving me nuts, you’re kidding yourself. :p 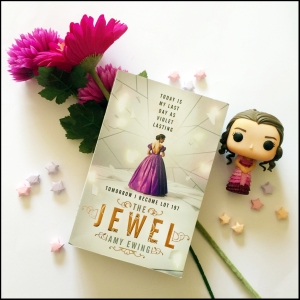 This is such a simple photo — I noticed that my Katniss Pop went really well with the cover of Atlanta Burns, so I, um, popped the two together and snapped a pic. I didn’t predict how well it would do.

I posted this just after Fantastic Beasts came out (it’s a great movie, btw), so I guess it was always going to do reasonably well! The book was a Christmas present from my son, but (because he’s seven and I actually had to pay for it) I took the picture before we wrapped it up. Shh! 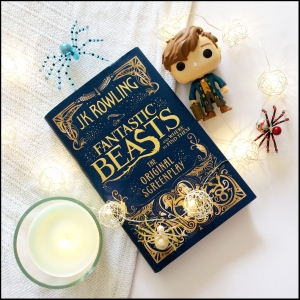 Another tie! The picture of Cinder is very recent; I only took and posted it this week. The other one is about a month old. Rose isn’t my favourite companion, but for reasons I don’t understand you can’t get Donna Nobel or Martha Jones as Pops. Gah!

I’m tickled pink that my most liked picture so far is of my own books. I’d like to imagine that is the reason, but I suspect it has more to do with the Sarah PopVinyl (from Labyrinth), and the fact I had a Scentsy burner in there. Still, I’m going to call it a win! 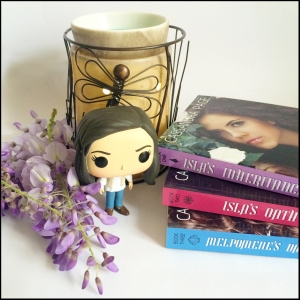