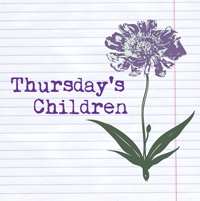 Ah, Canberra. The nation’s capital. Reviled across Australia as (allegedly) the soulless, out-of-touch political heart of the country. (For those of my readers who are overseas, it may come as a shock to learn Sydney is not in fact Australia’s capital. Sydney is to New York as Canberra is to Washington, if that helps.)

As Canberrans love to point out, though, almost all the politicians that live here for part of the year are from other parts of the country—so if they bring a deficit of soul with them, whose fault is that? We didn’t vote for them! 😉

Canberra is, in some ways, an overgrown country town. Our population is around 370,000 people—so we don’t have the heavy pollution and insane peak-hour traffic you get in bigger cities, but we still have the amenities of a big city. We’re actually Australia’s largest inland city … but all the state capitals are on the coast, so we’re only the eighth-largest overall.

The city sprawls over 812 square kilometers, but has a population density almost a fifth of Sydney’s, and just over a third of Melbourne’s. What that means is we have a lot more green spaces than either of them do: reserves running through suburbs; low mountains covered in walking trails and with lookouts perched on top; parks for the kids to play. It’s a great place to raise a family. And a great place to set a story when your supernatural population likes green spaces. 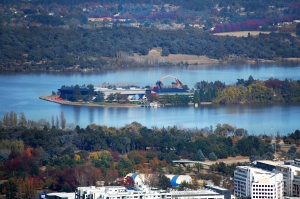 Canberra: we have lakes!

Werewolves and fairies would love it here—there are places with hardly any iron or steel, and green corridors a wolf could sneak through. Vampires would have to be careful how they hunted given the lower numbers of humans to snack on, but depending on their appetites they’d do alright too.

So far, all my books have been set in Canberra (all 2.5 of them!). I wondered at first whether setting a supernatural tale here would somehow lack credibility, and whether I should instead pick Sydney or Melbourne, even though I’m less familiar with them. But then I thought, if Sookie Stackhouse can run into vampires in a tiny town like Bon Temps, why can’t Canberra have its own supernatural stories, that element of magic?

When I see the sunlight sparkling off the surface of Lake Burley Griffin on a crisp autumn afternoon, or the glittering lights of the city from Mount Ainslie at dusk, I think that magic is already there. All I’m doing is telling people about it.

In a fit of procrastination, the other day I made a Pinterest board celebrating Canberra. Check it out, you know, if you want to. 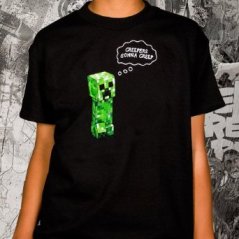 My name is Cassandra Page, and this is my blog. I was contemplating giving it a truly awful pun name, like “Cassandra, Page Turner”, just because it makes me groan. But I’m not sure whether a blog name that reads like a joke out of a Christmas cracker is such a good idea, even if it is that time of year.

Anyway. I’m generally not very good at small talk (you noticed, huh?), so I’ll just launch straight in with the introductions, shall I? For any souls, lost on the internet, who happen to wander by.

I am a writer of young adult urban fantasy. I have one completed novel, called ISLA’S INHERITANCE. The main character, Isla, has the misfortune to live in the same, very beautiful city as I do: Canberra, the capital of Australia. I say misfortune, because when you’re seventeen, beauty isn’t generally your number one criterion for things you’d like in a city. As someone in their mid-thirties, I’m actually rather fond of the place, but I grew up here so I know how she feels.

Fortunately for Isla (it’s pronounced eye-la—blame the Scottish), she was lucky enough to have a writer who was looking out for her. I did my very best to make her life “interesting”, as per that old Chinese curse. I’m so generous. But don’t worry; I did give her a bestie and a boyfriend. I’m not totally mean.

Canberra: a very pretty city. We have lakes!

ISLA’S INHERITANCE is currently doing the agent submission world tour. I’m also working on a sequel, which is as yet unnamed. It’s about seven-eighths done, though, which is very exciting.

When I’m not torturing my hapless imaginary friends, I am of course a public servant (I do live in Canberra, after all). I actually edit in my day job, which is great because I get to torture real people with words instead. But I have to be nice while I do it, because they are public servants too.

I’m also a single mum to the most charming, adorable and bright three-year-old boy in the world. Not that I’m biased or anything. He likes to swing on my computer chair while I’m trying to write—so, you know, he’s part of my creative process. Which is nice.

What do I envisage for this blog? I could give you some professional-sounding spiel, I suppose: writing about the process and the mechanics of writing, and my search for the Holy Grail of agented publication. All of which is kind of true. But the real truth is that I plan to make it up as I go along.