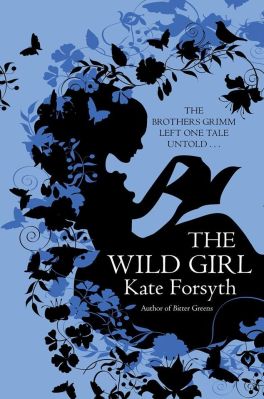 Dortchen Wild fell in love with Wilhelm Grimm the first time she saw him.

Growing up in the small German kingdom of Hessen-Cassel in early nineteenth century, Dortchen Wild is irresistibly drawn to the boy next door, the young and handsome fairy tale scholar Wilhelm Grimm.

It is a time of war, tyranny and terror. Napoleon Bonaparte wants to conquer all of Europe, and Hessen-Cassel is one of the first kingdoms to fall. Forced to live under oppressive French rule, the Grimm brothers decide to save old tales that had once been told by the firesides of houses grand and small all over the land.

Dortchen knows many beautiful old stories, such as ‘Hansel and Gretel’, ‘The Frog King’ and ‘Six Swans’. As she tells them to Wilhelm, their love blossoms. Yet the Grimm family is desperately poor, and Dortchen’s father has other plans for his daughter. Marriage is an impossible dream.

Dortchen can only hope that happy endings are not just the stuff of fairy tales.

I finished The Wild Girl more than a week ago, but haven’t been able to review since it due to a massive book hangover. I’m also finding this review difficult to draft, so please excuse any incoherence on my part!

Like the last of Kate Forsyth’s books that I read (Dancing on Knives), The Wild Girl was a hard read. Not the prose — the prose was lovely — but the subject matter. This isn’t a fluffy romance between a scholar and the apothecary’s daughter. This is a gritty tale about the realities of life in nineteenth century Germany, the horrors of war, and the awful things one human being can do to another.

Importantly, and I want to say this up front: this book needs to come with a trigger warning for rape. I had to put The Wild Girl down for two days after one particularly traumatic scene. What enticed me back to it was to see the perpetrator get his just desserts. The subject is delicately handled by Forsyth, not gratuitously or in a fashion designed to titillate, but in a way that fills you with a creeping sense of horror and dread.

It’s something to be aware of.

The parallels between Dortchen’s life and the various fairytales she tells Wilhelm at different times are masterful. The telling of “All Kinds of Fur” in particular was so moving it gave me chills. The control that society and religion gave men over the females of their households was both illuminating and scary, and made me so thankful that I live now! All the fancy dresses in the world aren’t worth subjugation. I loved Dortchen’s sister Hanne for her scandalous rebellion against the patriarchy.

One of the other parallels with Dancing on Knives (other than the awful father figure) is that The Wild Girl too has a hint of magical realism. The herb lore that Dortchen has is fascinating, making her something of a nurse to her loved ones … and some of her housekeeper’s superstitions lead in the direction of pagan magic. There aren’t any flashy spells or anything; nothing happens that can’t be explained. But I adored that touch nonetheless, and it gave Dortchen a chance to rebel in her own, tiny way — to try and effect a world that is so utterly out of her control.

A special mention goes to Old Marie, said housekeeper. She was one of my favourite characters, warming every scene she was in.

Part of me wishes that Dortchen and Wilhelm hadn’t had to wait so long for their happily ever after, but Forsyth was bound by the facts given this is historical fiction. (The amount of research that has gone into The Wild Girl is staggering.) She has come up with a convincing, albeit poignant, explanation for why the relationship evolved the way it did.

It’s a hard read, but The Wild Girl is an example of a story by an author who is the master of her craft. 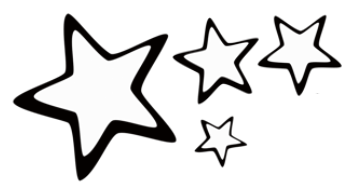 2 Comments on “Review: ‘The Wild Girl’ by Kate Forsyth”