← Review: ‘How To Save A Life’ by Lauren K. McKellar
Audiobooks, colouring and being an adult →

Snazzy Snippets returns: excerpts from my work in progress 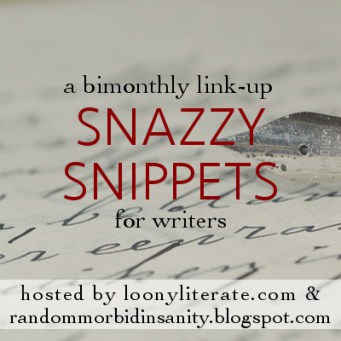 It’s the second instalment of Emily and Alyssa’s Snazzy Snippets writing blog link-up. You can find the details here, but basically the idea is that writers share three snippets of less than 500 words on set themes. It’s designed to let you have fun, analyse your work on a smaller level, or just write something to join in.

I already shared three snippets from Lucid Dreaming (my November release) last time. So to mix it up, this time I’ll share some excerpts from my WIP, an as-yet-unnamed fantasy that I describe as “Beauty and the Beast meets the Minotaur”.

It really needs a name, because although that’s a good description it’s quite clunky!

Snippet number one: a snippet with FOOD in it.

This is from chapter nine. I realised, reading it, that it’s the second scene I’ve written with porridge in it. (The first is in Lucid Dreaming.)

A low table filled the centre of the room, with lounges on either side of it. Parthenia reclined in one, eating sliced and pitted plums from a plate on the cushion beside her. Dora stood by the table, her silver braid hanging over her shoulder and down the front of her body in a glimmering rope.

The old woman smiled as Rheia entered. “Please, sit,” she said, indicating the other lounge. “Would you like porridge?”

Rheia’s stomach rumbled. “Yes. Please.” She watched with interest as Dora spooned the food into a shallow bowl. The grains glistened with honey, and were mixed through with raisins gone fat with soaking, and with soft whey cheese. Not so dissimilar to the porridge she’d have made at home, although her family’s stock of raisins had been exhausted months ago. Dora added a handful of fresh-picked blackberries; they dimpled the surface of the porridge.

Rheia’s stomach fluttered as it struck her that she wouldn’t be able to go picking grapes later in the season. Autumn was her favourite season. She loved roaming the skirt of the mountain, basket filled with fruit. Would her mother take Aias alone this year?

This one is from chapter eight. I’m not sure if I’m really proud of it (I tried to find something without spoilers, and with some description), but it’s alright. :p

Grass sprung underfoot as Dora led Rheia across to a covered walkway on the far side, past a caregiver woman hunched over, carefully tending a low bush. Pillars ran along the walkway’s outside edge, while the inner wall opened onto several rooms.

One of them was closed off by a heavy curtain. “That is the other tribute’s room,” Dora said, nodding at it. “Her name is Parthenia. I am sure you will meet her at the evening meal.” Rheia recalled the proud, grey-eyed tribute she’d seen on the docks, the one who’d regarded the crowd with such contempt. Her stomach fluttered nervously at the idea of meeting the girl. “And this room is yours,” Dora continued.

The chamber was at least five times as large as Rheia’s bedroom at home. Its stone floor was covered with rich brown furs, and the bed was big enough for three, the cushions fat with downy feathers. The clothes chest was huge, its lid open so she could see folded fabric in an array of colours; a small shelf above it bore neatly arranged brooches to pin the chitons. Other chests sat around the room, lids closed. The inner walls were covered with tapestries: one, a rolling hillside covered with flowers; another, a herd of goats grazing peacefully, watched over by a small girl.

The windows were blocked by wooden panels carved with flower-shaped holes each the size of Rheia’s fist — large enough to allow her to see out and to admit a breeze, but small enough that she couldn’t escape through them. Her stomach swooped as she saw the room for what it was: an elaborate cage.

Snippet number three: The first paragraph from a WIP.

Okay, it’s a little more than a paragraph. :p

“The ships. They’re in the harbour!”

Rheia’s younger brother brushed past her, sandals slapping against the flagstones in the central courtyard as he darted for the villa’s outer door. Scowling, she steadied the heavy jar of oil in her arms and glared after him. Then his words sank in. “Aias, wait. I’ll come with you!”

The door slammed and he was gone.

She cursed, hurrying into the kitchen and setting the jar down on a shelf next to its almost-empty twin.

“Watch your language.” Rheia’s grandmother, Charis, sat by the stove, basking in the warmth from a log whose heart glowed cherry red as it slowly turned to cinders. Her hands worked busily, grinding barley into powder to make bread. “You sound like a soldier with that mouth. Or a sailor.”

So those are my snippets. If you want to take part, you can link your post so others can see it — just scroll to the bottom of this post and you’ll find the linky list there. You can also paste the link in the comments below so I can go check it out. 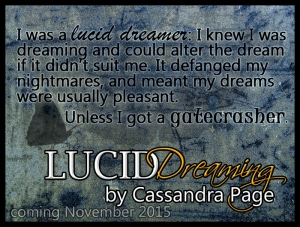