So I can’t decide whether I tempted Fate with my last blog post (Fate is a dick) or whether I’ve accidentally hit on the truth with my Isla’s Inheritance series. Maybe the aosidhe have just caught on and are belatedly trying to suppress the truth.

Either way, I have some bad news: due to some circumstances beyond anyone’s control (a broken arm is involved), the release of Melpomene’s Daughter has been delayed. I don’t have a new release date yet, but I’m hopeful it will be in the next few weeks. As soon as I know anything, you’ll know.

I’m really sorry to everyone who’s waited so patiently for this book.

So what’s the good news?

Because I’m a rebel and won’t let the aosidhe tell me what to do (damn them and their pointy-eared arrogance), I’m giving away a paperback copy of the first book in the series, Isla’s Inheritance. If the winner is in Australia, I’ll even sign it for them if they want me to. (For an overseas winner that won’t be possible, unfortunately, unless they want to pay for postage. In that case, I’ll deface away!)

The competition is open to anyone in a country The Book Depository ships to. 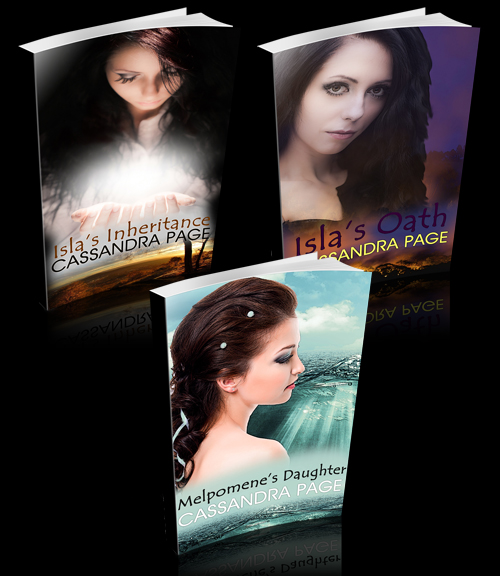