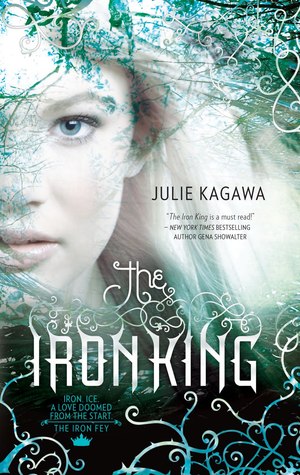 Meghan Chase has a secret destiny; one she could never have imagined.

Something has always felt slightly off in Meghan’s life, ever since her father disappeared before her eyes when she was six. She has never quite fit in at school or at home.

When a dark stranger begins watching her from afar, and her prankster best friend becomes strangely protective of her, Meghan senses that everything she’s known is about to change.

But she could never have guessed the truth — that she is the daughter of a mythical faery king and is a pawn in a deadly war. Now Meghan will learn just how far she’ll go to save someone she cares about, to stop a mysterious evil, no faery creature dare face; and to find love with a young prince who might rather see her dead than let her touch his icy heart.

Given my book is written in the same category as Kawaga’s (young adult -> urban fantasy -> fae), part of me is a little nervous about reviewing this. I don’t want my minor gripes with the book to be viewed as sour grapes! I promise they’re not. And overall I did like the book. I just found the first third of The Iron King to be a bit slow, and a little predictable. But once Meghan got to Oberon’s Summer Court and the Winter Court arrived for their biannual party, things got interesting.

One thing I loved about this book was that Kawaga added an extra element to the original mythology and the Midsummer Night’s Dream characters: the concept of a new breed of fae that has arisen from mortal dreams of technology. Instead of being mortally wounded by it, they are often made of it or control it, making them deadly to the traditional fae. The descriptions of some of these new fae, like Virus and Ironhorse, were delightful. (In fact, Kawaga’s writing in general was very good.)

Meghan is a bit of a traditional young adult heroine: she winds up being gorgeous, and all the boys like her. It’s unclear whether the best friend is going to turn into a love interest or if his determination to protect Meghan arises from their friendship and the fact Oberon will disembowel him if he fails. But the pretty Winter Court prince, Ash, is definitely struck by a case of love at first sight (as is Meghan for him), and the nature of the Iron King’s interest is also a little predictable.

That being said, I didn’t mind Meghan too much. She reminded me of Sarah from the Labyrinth, rushing off to rescue her kid brother from the evil king. Some of the evil king’s minions were clearly inspired by the packrats in the Labyrinth’s junkyard, although I viewed this as more of a homage than outright imitation. And honestly, Labyrinth deserves more of that!

Normally I hate insta-love but the relationship between Ash and Meghan (such as it was) didn’t bother me as much as they usually do, possibly because this was urban fantasy rather than paranormal romance; it wasn’t the main focus of the plot by any means. Maybe it was just adolescent hormones, at least on Meghan’s part. (As for Ash, who knows what his excuse is? He might be a thousand years old!)

Once it got going, this was a fun read. I own the rest of the series — I have poor impulse control and bought the boxed set without having read it — and I’m happy to keep reading. The way The Iron King ended definitely made me want to know what happens next. 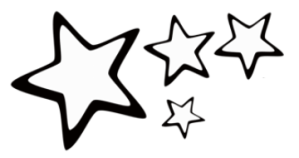 2 Comments on “Review: ‘The Iron King’ by Julie Kawaga”