This week on This Writer’s Space I’m thrilled to have one of my favourite bloggers, Dahlia Adler. If you follow my Blog Post for Writers board on Pinterest, you’ll know that it’s basically pins from either Dahlia or the equally fantastic Chuck Wendig. I dream that one day they will co-write a post and then the awesome will EXPLODE ALL OVER THE INTERNET.

No, wait, that sounds wrong. *shuffles feet* Um, over to you, Dahlia!

This is where I write. Originally, I wanted to wait until I’d sufficiently cleaned up before submitting this picture, but you know what? That’s not reality; this is. What you’re looking at is my computer and printer, obviously, but also a mug, from my very necessary Sunday morning coffee; cookies, because snacks are important; my ARCs, bookplates, and postcards, because being a professional author isn’t just about writing; an anthology of The Elder Scrolls, purchased for me by super talented author friend Leah Raeder, because every writer has both absurd distractions and terrible enablers; a menorah for no good reason; Advil for plenty of good reasons, and assorted other delights, like planners, books to give away, and Post-It Notes outlining things like upcoming blog posts. 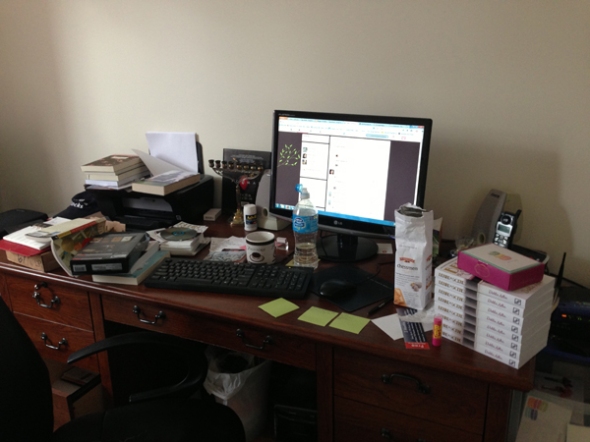 These are also where I write, but I’m using them as “Where I get inspired,” because they’re where I write when I get inspired. As in, I’m on the subway and I just cannot wait to write down this scene, versus when I sit down at my desk and it’s an “Okay, I have to write 2K tonight” situation, whether I’m feeling it or not. I use different notebooks for different things, so, for example, the cherry-printed one (which is scented!) is my notebook for my June 2015 release, Under the Lights, while the pink cupcakes (also scented!) was strictly for Last Will and Testament, my NA standalone. The bird notebook is for B&N round-up post ideas, the white one with the cupcakes is going to be for my NaNo ms, and the little one was a gift from my wonderful CP Marieke Nijkamp, and is sort of an all-other-purpose (particularly beta notes). 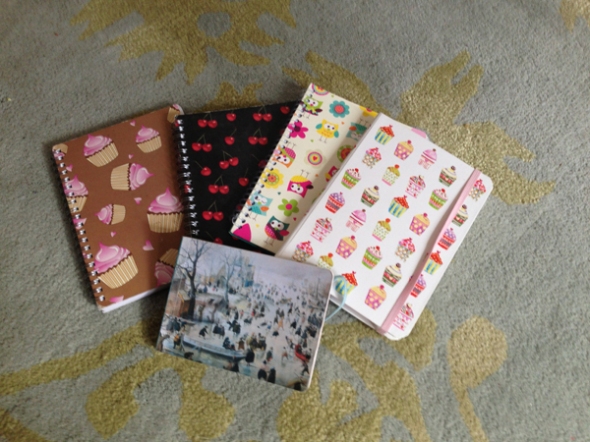 This is a bit of an old picture because I’ve since rearranged my bookshelves, but I have a pretty intense TBR at all times. Because I do a lot of themed round-up posts for B&N, I tend to organize my reading that way, so books often jump the line, and ARCs very regularly take a backseat since I can’t blog about books until after they’re published anyway. Plus I have a revolving door of ARCs coming in from OneFourKidLit (my debut group). But this is a general idea of the volume at all times, though some are far more “urgent” than others! 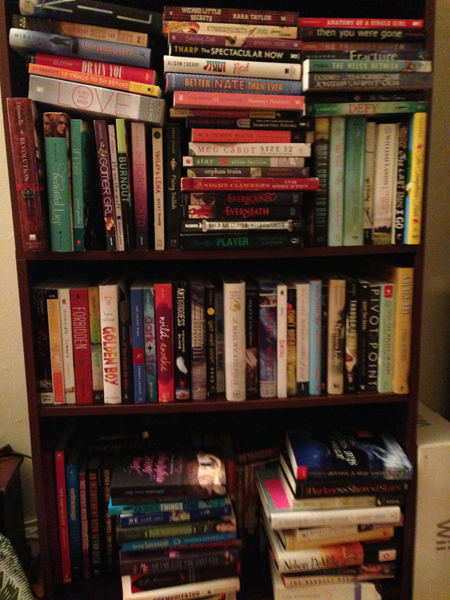 Dahlia Adler is an Assistant Editor of Mathematics by day, a Copy Editor by night, and a YA author at every spare moment in between. You can also find her blogging at The Daily Dahlia, YA Misfits, and the Barnes & Noble Book Blog, and on Twitter as @MissDahlELama. She lives in New York City with her husband and their overstuffed bookshelves. Her debut novel, Behind the Scenes, releases from Spencer Hill Contemporary on June 24, 2014. 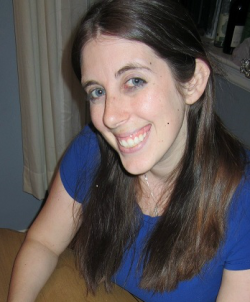 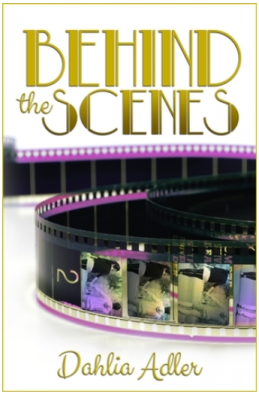