Research: the geography and climate of Egypt

Today’s guest post is by Katie Hamstead, whose book KIYA: Rise of a New Dynasty (the third in the Kiya trilogy) came out last month. I love these books like a crazy person, if you hadn’t already guessed! She’s here today to talk about the setting of her series, ancient Egypt.

I know, how boring! But not really. Like any story, the environment plays its part in shaping and molding events.

The Egyptian Empire was built around the Nile. At the time of the 18th Dynasty—in which the Kiya trilogy is set—it stretched from Abu Simbel (which was constantly disputed with the Nubians) up to the delta and into parts of the Saudi Arabian peninsula.

In general, the area is arid, but along the Nile, it is extremely fertile. The silt which flooded the plains annually comes from the White Nile, which starts at the Great Lakes region of central Africa (Rwanda), and also the Blue Nile, which begins at Lake Tana in Ethiopia. They meet in Sudan and form the Nile. Most of the fertile soil which is flushed through is brought up from the the Blue Nile.

If you look at the map, you will see the major cities of Ancient Egypt. Note the  location of Thebes in the south (Upper Egypt) and Memphis in the north (Lower Egypt). You will then notice Akhetaten’s (Tel El Amarna, which is where Kiya 1 is set) location approximately halfway between. It is not known whether this was deliberate on Akhenaten’s account, but it’s definitely an interesting theory that he chose the halfway point between the two royal capitals deliberately. It could also have been because the land had not been dedicated to any other god up until then. The legend is that while he was traveling along the Nile, he awoke and saw the sun rising over the cliffs and claimed to have a vision from Aten, telling him it was the place he needed to build his city. Whatever his intentions were, the Egyptian populous moved into the city on his orders.

The Climate—hot, as it’s the desert. The areas Kiya is focused on are very hot and dry during the day and it rarely rains, and cools down during the night. Winter is very mild, but the nights can get close to freezing.

Plants are basically reeds and other grasses along the Nile banks, some palms, then desert, desert and more desert!

Being in northern Africa, the animals in the area include lions and crocodiles, both of which are mentioned in the books, along with water fowl, cats, dogs, jackals and anything else you can see on traditional Egyptian art.

Kiya: Rise of a New Dynasty is available at Amazon, Barnes & Noble and Kobo. 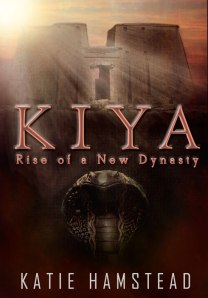 Tut has grown into his position as Pharaoh, but he is a wild young man. Naomi fears for him, not only because of his recklessness, but because he has put his trust in Ay–the man determined to destroy Naomi—despite her and Horemheb advising against it.

Meanwhile, death and slavery hang over Naomi and her family. With fear of the booming Hebrew numbers causing talk of enslaving them, conscription is reinstated and Naomi fears for the lives of her other children. Especially since Ay’s children are now adults, and just as dangerous as their father. They threaten to take Itani, conspire against Tut, and push for power.

But Tut is in trouble. While Ay’s daughter draws Horemheb’s attention, and Naomi deals with the struggles of her family, everyone’s distraction could spell death for the young Pharaoh. 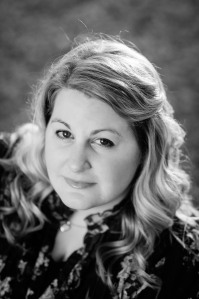 Born and raised in Australia, Katie’s early years of day dreaming in the “bush”, and having her father tell her wild bedtime stories, inspired her passion for writing. After graduating High School, she became a foreign exchange student where she met a young man who several years later she married. Now she lives in Arizona with her husband, daughter and their dog. She has a diploma in travel and tourism, which helps inspire her writing. She is currently at school studying English and Creative Writing.

Katie loves to out sing her friends and family, play sports and be a good wife and mother. She now works as a Clerk with a lien company in Arizona to help support her family and her schooling. She loves to write, and takes the few spare moments in her day to work on her novels.

2 Comments on “Research: the geography and climate of Egypt”