If you’re a writer and on Twitter, you’ve probably heard of PitchWars, an annual battle run by Brenda Drake where writers attempt to win the love of one of several mentors. Those mentors in turn get overwhelmed with, ah, love, but choose one writer (and two spares!) to polish and take forward to the final round. There, each writer–mentor team competes for the further love of one or more agents.

It’s a giant lovefest, basically. I believe there’s some sort of prize involved, but I doubt the winning writer cares, because agent love!

Last year I entered PitchWars with Isla’s Inheritance. I didn’t win, but what I did do was receive some encouraging feedback and insightful advice that helped me improve the manuscript into something truly saleable. I’m confident that if it weren’t for that advice, Isla wouldn’t have the deal it does.

The other thing PitchWars gave me last year was exposure to an awesome network of writers, some of whom are now my closest tweeps and crit partners. It was via PitchWars that I met Stacey Nash and the rest of the guys I work with on Aussie Owned and Read.

Lucid Dreaming, which is a new adult urban fantasy unrelated to Isla, is now taking its turn in the PitchWars ring.

The PitchWars mentors have bios, so we have the best chance possible of finding a match for our manuscript. One of the mentors, Dannie, is encouraging entrants to write their own bios, so the mentors can stalk them in turn.

Presumably this is so we know how they feel, having us paw over their blogs for clues. :p

Ten Things About Me 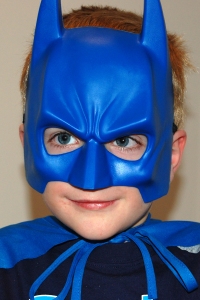 One. I’m a single mother to the cutest four year old boy in the world. (Yes, he really is.) Sometimes he moonlights as Batman. I’m really looking forward to him learning to read, so that I can share my joy in books with him.

Two. This Sunday, as an early Christmas present, we are getting two Cairn Terriers, a mother-and-son team named Chilli and Leo. Chilli is an Australian Champion going into retirement at the advanced age of two. Leo is named after the Ninja Turtle.

There will be pictures—oh yes!

Three. I work full time as a professional editor for a big organisation, which means I’m used to the process. I’ve been editing for five years now (with breaks for coffee).

Last weekend my boyfriend and I went to an isolated national park to go caving, and he brought his espresso machine. Because, as he said, “Just because we’re on holidays, we don’t have to live like savages.”

Five. I’m an uber-nerd. One of the things that drew me to some of the mentors I chose is that they liked the same nerdy things as me. Doctor Who, Firefly… even the political nerdiness (and writing genius) that is The West Wing.

Six.  I tabletop roleplay. I used to live action roleplay too. I dressed up as a vampire before they sparkled in the sun. (See point five.)

I have a TARDIS teapot.

Seven. I’ve written three books now, and each of them has an element of Greek mythology. I could say that this is by virtue of my name—Cassandra being the infamous Greek prophetess cursed not to be believed—but who knows?

(As an aside, the mythological Cassandra clearly never heard of reverse psychology. “Yeah, bringing that big wooden horse inside the walls of Troy and then having an early night is a TOPS IDEA!” “What? No way! Burn the horse!”)

Eight. Other than the aforementioned shows (and Castle, because Nathan Fillion), I watch very little television. I discovered that, despite points one and three, I could still find time to write if I quit most computer games and TV. Before that I was a WoW addict. And had a flirtation with Farmville. DON’T JUDGE ME!

Nine. I’ve been reading urban fantasy for longer than I’ve known what the genre is called. I used to call it “books that have magical elements but are set in the real world.” This is why people shouldn’t let me name things.

I also love fantasy, light sci-fi, cyberpunk and some horror. I don’t mind PNR but it’s not my true love like urban fantasy is—I just struggle to get into books where the romance is the only plot.

Ten. My writing weakness is semicolons. I LUFF THEM! But don’t worry, mentors, a crit partner already made me take 160 of them out of Lucid Dreaming. *tear*