← Updates, and a call for content
‘Where do you get your ideas?’ →

Naming your book – and naming my book!

Let me start out by saying that I suck at naming my books. Seriously. I come up with working titles during the drafting stage that don’t work for one reason or another, and then I get to the end of the process and can’t think of anything else. 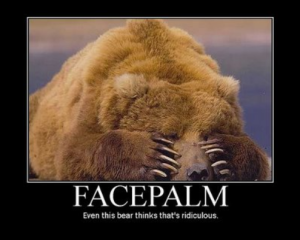 For example, Isla’s Inheritance originally had a title that actually contained a (minor) spoiler. I know, right? I’m an idiot. The working title was a great title—just not for that book. (I may use it for the third book in the trilogy; that remains to be seen.) The second book in the series was “Book Two” for ages, till it eventually became Isla’s Oath after Sharon suggested it.

Likewise, the book I just finished had a working title that might work for the name of a series, but doesn’t really grab me for the first book (in fact, I just googled it and it already is the name of a series … so that’s not going to work either, gorramit!). So I’ve been noodling new ideas for the past few weeks as I’ve been editing, settling on my criteria for a good book name.

These are my thoughts.

1. It shouldn’t have the name of a well-known book.

This point is pretty obvious. Bestsellers receive more promotion—anyone who walks into a store looking for your book may come out with the bestseller the bookseller has heard more about. (We’re not talking about your hardcore fans here, because they’ll know the author—but it’s amazing the number of people who buy gifts or hunt for books based on a fragment of information!)

For example, I thought about calling Isla’s Inheritance simply “Inheritance”, but Christopher Paolini already did that for his last Eragon book. Rats. If you’re not sure who else has used your potential title, Goodreads and Amazon searches are your friends.

I’ve been agonising about whether it’s okay for my book to share a title with any other work of fiction. If there’s an obscure self-published novel with only one or two ratings that has the same title, is that okay? I’m thinking probably. I have more than two relatives I can persuade to rate my book, so I should at least be the more popular one. 😉

One thing you can do, especially on sites like Goodreads, is give your book a subtitle: often the name of the series. Or, for some genres, titles that incorporate a unique, unifying element can work. Harry Potter is taken, though.

2. If it’s part of a series the titles should be thematically related … but also easy to remember.

As much as I’m not a huge fan of the Twilight series, Stephanie Meyer—or her editor—deserves huge amounts of respect for coming up with an awesome series of book titles. They are connected but not samey. You know which book is which. And they are short, which makes them easy to remember.

Maybe it’s just me, but I find a long series where the titles are all too close to one another very confusing. Charlaine Harris’s Sookie Stackhouse series of thirteen books is a good example. All of the books have the word “Dead” in the title. I just couldn’t tell the titles apart after a while—which made buying the next one trickier than it had to be! The titles were clever, but distinct? Easy to remember? Not for me, at least.

I haven’t plotted the sequel to my latest book yet—I need to write the third in Isla’s trilogy first—but there will be one. So I want a title that lends itself to that as well.

My absolute favourite book titles are the ones that not only sound beautiful but have a double meaning—something where the readers go “oooooooooh!” at some point during the story. Those are hard to come by. Two examples off the top of my head are Bound by J. Elizabeth Hill and Forget Me Not by Stacey Nash (I’ve only seen a draft first chapter of the latter and I already know how perfect that title is for that book).

I love the poetry of Isla’s Inheritance and Isla’s Oath. They both roll off the tongue. But if my editor came up with something that did that and also had a double meaning, I’d give her a big wet kiss and change both titles in a heartbeat. (And of course, unless you’re self-publishing, there’s a good chance the title you’ve agonised over will get changed anyway. I gather this is especially true at the big end of town. But it pays to show you’ve put some thought into it; submitting a manuscript called “Insert Clever Title Here” doesn’t really show you at your professional best.)

So, after all of this consideration, what is the (tentative) title of my latest novel?

(I really wanted a gif with exploding fireworks but I couldn’t find one in the two minutes I spent googling!)

5 Comments on “Naming your book – and naming my book!”