← Review: ‘The Demon’s Surrender’ by Sarah Rees Brennan
Mini-review: ‘Matters Arising from the Identification of the Body’ by Simon Petrie →

If you have read my novella Guardian Angel, you’ll know that I used a couple of poems as song lyrics, one to introduce the story and one as an integral part of it. (You can read the first poem at the novella page here.) I’m about to sit down and write another set of lyrics for an urban fantasy story idea that I can’t shake, in the hope that it will go away so I can get back to drafting the sci-fi young adult story I’m working on.

Like all angsty teens, I used to write a lot of poems, although most of them are, objectively speaking, sheer garbage. (Sorry, past Cass, but it’s true. I was just flicking through your books of poetry, and yeesh.)

There is one storytelling-style poem that I wrote when I was at university that I think is alright, though, and I thought I’d share it here. It was written back in the day when I was obsessed with Mercedes Lackey’s Valdemar books, and is about a character I’d created for some fanfics I wrote. Knowledge of that world is useful, but I don’t think it’s 100% necessary to follow along.

The snow was falling softly down onto the icy ground;
The moaning of the winter wind was the only sound
Until the crunch of hoofbeats came, a-breaking through the snow
Plowing through the muddy soil that was concealed below.
The stallion and his rider were both attired in white
And so appeared and vanished through snow-filtered light.
Herald and Companion, making their weary way
Through the fading twilight that comes at end of day,
To a Herald Waystation where they would spend the night
Then up and travel onward, as soon as there was light.
Their heads, they hung down, weary; they hungered and were sore —
The snow was falling softly down onto the forest floor.

Herald and Companion both were Couriers for the Crown
And had just delivered messages into a nearby town,
Warning loyal and local lords of rebels in their fold,
Spies come out of Hardorn, or so the Queen was told.
Couriers travel quickly, and these quicker than most —
Although it’s not the sort of thing of which you’d hear them boast.
The messages sent early, the task already done,
The Herald and Companion’s journey home begun.
They came upon the Waystation and settled for the night,
The glowing of the embers on the hearth the only light.
The night replaced the daytime with nary a sound.
The snow was falling silently onto the icy ground.

Outside the little building, creeping through the trees,
Came four men in cloaks and hoods, silently, with ease.
Each man bore a cruel sword, its blade bright and bare.
Their breath frosted before them upon the frigid air.
Four men came from Hardorn at their lord’s request
To stop the message from reaching the spies’ hidden nest,
To stop the Couriers delivering their message from the Queen.
Four men creeping closer, all silent and unseen.
Their hearts were hardened steel, their faces a blank mask:
Four men with a dark intent to do a grisly task.
The message was delivered, but they could not know.
Four men, dark and deadly, creeping through the snow.

Herald and Companion, both were sound asleep.
Both were sore and weary, and so their sleep was deep,
Yet, suddenly, the Herald felt a foreboding chill
Of fear upon her dreams; she woke and she lay still.
Blinking rapid in the darkness of the little room,
Ears and senses stretching into the pressing gloom.
Mindspeech had the Herald, and so it told her this:
Four people came a-creeping to give her metal’s kiss.
The Herald wondered briefly what had made her wake,
And thanked the Lady Luck herself for the lucky break.
She woke her Companion, she readied her bow.
The Waystation was silent in the field of falling snow.

The four men reached the building and eased open the door;
They saw sleeping Companion, blankets mounded on the floor,
A body huddled under, sleeping without a care.
The first entered the room, approaching with blade bare.
Imagine his surprise when he reached the sleeping form
And discovered piles of clothes! He turned, his friends to warn,
And Herald, hid in shadows black, shot him in the heart,
As the Companion raised his head, making the next man start.
Trembling with anger, the stallion kicked out;
The man fell down, screaming, his limbs thrashing about.
The Herald drew her sword and swiftly dropped her bow.
Two men still stood standing in the falling snow.

The men exchanged a wary glance, taken by surprise.
Together, they advanced again with caution in their eyes.
Perhaps fearing the fate of those who’d gone before,
The men approached with caution the broad Waystation door.
Deciding it was better to take the fight outside,
To give the stallion room to move, the Herald room to ride,
Our heroes hurried forward into the wintry night.
The bandits closed in, snarling, and so began the fight.
The Herald’s sword danced, gleaming; the stallion reared up, fierce.
Bright hooves caved a skull in; bright sword a chest did pierce.
Then, exhausted panting remained the only sound.
The icy snow fell softly onto the scarlet ground.

The Herald’s arm hung, bleeding, from a lucky bandit’s strike;
She cleaned it first with salves, then bandaged it up tight,
And of the four assassins, only one yet lived —
The Herald made him name and orders of his master give.
The lord who’d sent the order to protect the hidden spies
Was one who lived within the court, right under Heralds’ eyes!
And, although tired and wounded, the Herald knew they must
Get this news to Haven, reveal this breach of trust.
She used her Gift of Mindspeech to warn the Queen that night;
The traitor was arrested, and thus the tale set right.
Then Herald and Companion resumed their well-earned rest.
The winter snow gleamed whitely, and Valdemar was blessed.

Valdemar and its trappings are copyright to Mercedes Lackey, and no infringement of that copyright is intended. 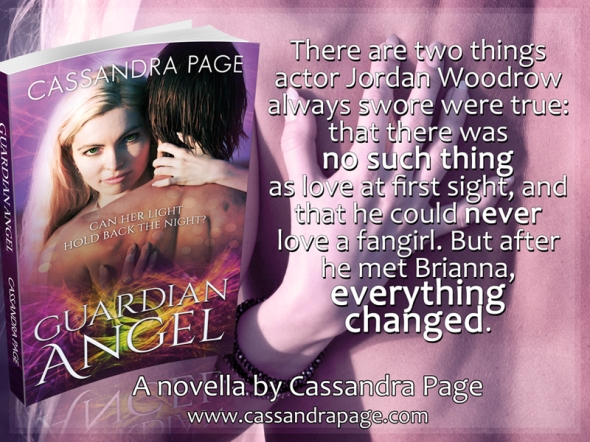