I just finished Cress by Marissa Meyer and loved it (I gave it five stars, like the rest of the series so far). I thought about writing a review, but I feel like reviews of books three‑deep into a series have limited utility—it’s so hard to write one without being spoiler‑y, and if you’ve already read the previous books you’re likely to have already made up your mind. So instead I refer you to my reviews of Cinder and Scarlet.

…which got me to thinking about the 2014 releases I am looking forward to. These are books I have already preordered, and I’ve listed them in order of release date because YOU CAN’T MAKE ME CHOOSE! 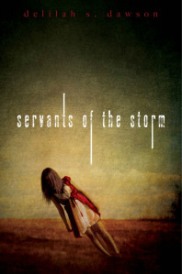 Servants of the Storm by Delilah S. Dawson (August). I love Delilah’s fantasy steampunk series…and her geekrotica is pretty good too! 😉 This book is her first venture into young adult urban fantasy. One of my favourite authors decides to write in my favourite genre? I’m so there.

The Coldest Girl in Coldtown by Holly Black (August). I got curious about this a while back and wanted to check it out, but because I haven’t read anything by Black before, I decided to get the paperback version instead of the hardcover. It comes out in 11 days. (And yes, I buy books by authors I haven’t read sometimes. It’s because I’m a bookaholic.)

Endsinger by Jay Kristoff (September). Oh my god, you guys. Book three of The Lotus War trilogy. Jay takes pride in breaking hearts—his Endsinger review is hilarious, if ominous—so I’ve already been to Costco and laid in an emergency supply of 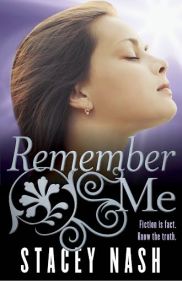 tissues in bulk. Bring it.

Remember Me by Stacey Nash (October). This is book two in the Collective series, set after the events of Forget Me Not (which re-releases with Harper Collins TODAY, you guys! Squeeee!). It follows Anamae’s life after she saves her father from the baddies. I need to know what happens next. Need to.

Autumn Bones by Jacqueline Carey (October). Book two in Carey’s urban fantasy series Agent of Hel, this series follows half-demon Daisy’s enforcement of the peace in a town famous for supernatural tourism. The hardcover is actually already out but I preordered the paperback so now I have to be patient. Lame.

Oh, and my book comes out in October too. But I’ve already read that…

What 2014 releases are you looking forward to?