← ‘Possession’ cover reveal and giveaway
Moving myself, my son and my book babies →

Want a book about love in the glamorous world of doggy beauty pageants? Wondering if there all that hairspray and valium (and that’s just for the dogs!) can lead to something more? Then CHIHUAHUA MOMMA may be the book for you!

CHIHUAHUA MOMMA is by Amy Jarecki. Born in Alturas, California, Amy holds an MBA from Heriot-Watt University in Edinburgh, Scotland. She now lives in south-west Utah with her husband, and writes contemporary romance and Scottish historical romance. Amy loves dancing, hiking, golfing, but above all, she is a true Chihuahua Momma.

Amy has very kindly answered a few questions about books and life here.

Where did you get the inspiration for CHIHUAHUA MOMMA? Do you show dogs?

Well, it all started when my daughter showed dogs in 4-H. She won the Wisconsin State championship, and begged me to buy a top-notch Chihuahua that she could show in the American Kennel Club. So I did my homework, drove to Michigan and bought a dog. Then my daughter got a driver’s license, a job and a boyfriend. Silly me. I wanted a return on my investment, so I started showing him and, after a few classes, I was hooked.

What’s your favourite thing about Rebecca and Matt, the main characters?

Oh boy, there’s so many things. Do I have to pick a favourite? Rebecca’s trying to hold on and keep things on an even keel—she’s making ends meet alone with two teenaged kids. Of course, Matt looks mighty hot in a pair of jeans. He’s always been a playboy, but he’s forty now, and his last disastrous relationship sent him packing across the US all the way from Malibu to New Jersey. Yep, there’s an attraction, but there’s a lot of excess baggage that needs to be shed before the pair have any chance at romance.

CHIHUAHUA MOMMA isn’t your first release, is it? Can you tell us about your other works?

My first published work was Koicto, a Native American historical novel about a boy’s fight for his place as chief of the Nahchee Nation.

I’ve got a few other novels in the works:

Virtue—A romantic suspense about a dancer who ends up on the sacrificial altar of a Mayan cult. Release date: 1 December, 2013 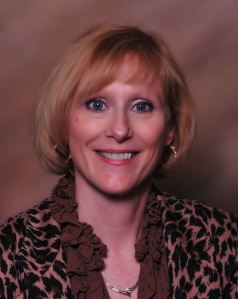 My only overseas holiday was to Scotland so I’m fascinated to see that you studied there. How did that come about?

Funny you should ask. I was living in Australia, working for Arnott’s Biscuits in Sydney, and my daughter was a year old. Heriot-Watt University advertised in the National Accountant (a trade magazine). I contacted them and found I could do most of my studies by distance learning—took some of my exams at the New South Wales Board of Studies—for all you Aussies out there!

I just spent the month of May in Scotland researching my Highlanders of Raasay series—and gathering information for my next as well. I love Scotland, and my maiden name is Lowland Scots (yes, I do rock)!

Coffee or tea? Sweet or savoury?

Thanks for hosting me, Cass! You ROCK!

In the frenetic world of canine pageants like Westminster, where dog hair flies and personalities diverge, Rebecca Lee remains in a cocoon of loneliness. Widowed, with two teenaged kids and a business to run, Rebecca would rather mow through five-hundred poodle cuts than think about dating. But when former quarterback Matt Johnson shows up to buy a Chihuahua, his irresistible grin rocks her world—until Matt’s ex decides she wants him back and Rebecca’s daughter decides she’s against her mom dating. Rebecca now has a choice—crawl back into her realm of dogs or fight for the powerful love that fills her soul.

Chihuahua Momma releases in eBook on 28 July; keep an eye out for the paperback a couple of months later.

You can find Amy on Twitter, Goodreads or at her blog.

8 Comments on “Interview with author and ‘Chihuahua Momma’, Amy Jarecki”