Today on This Writer’s Space I have Pippa Jay, sci-fi romance queen!

Since our home computer died back in July last year, my desk in an alcove of the dining room has largely become redundant, except as a bit of a dumping ground for all my paperwork. With Wi-Fi finally installed, I’ve spent most of the winter curled up on my sofa with my laptop. 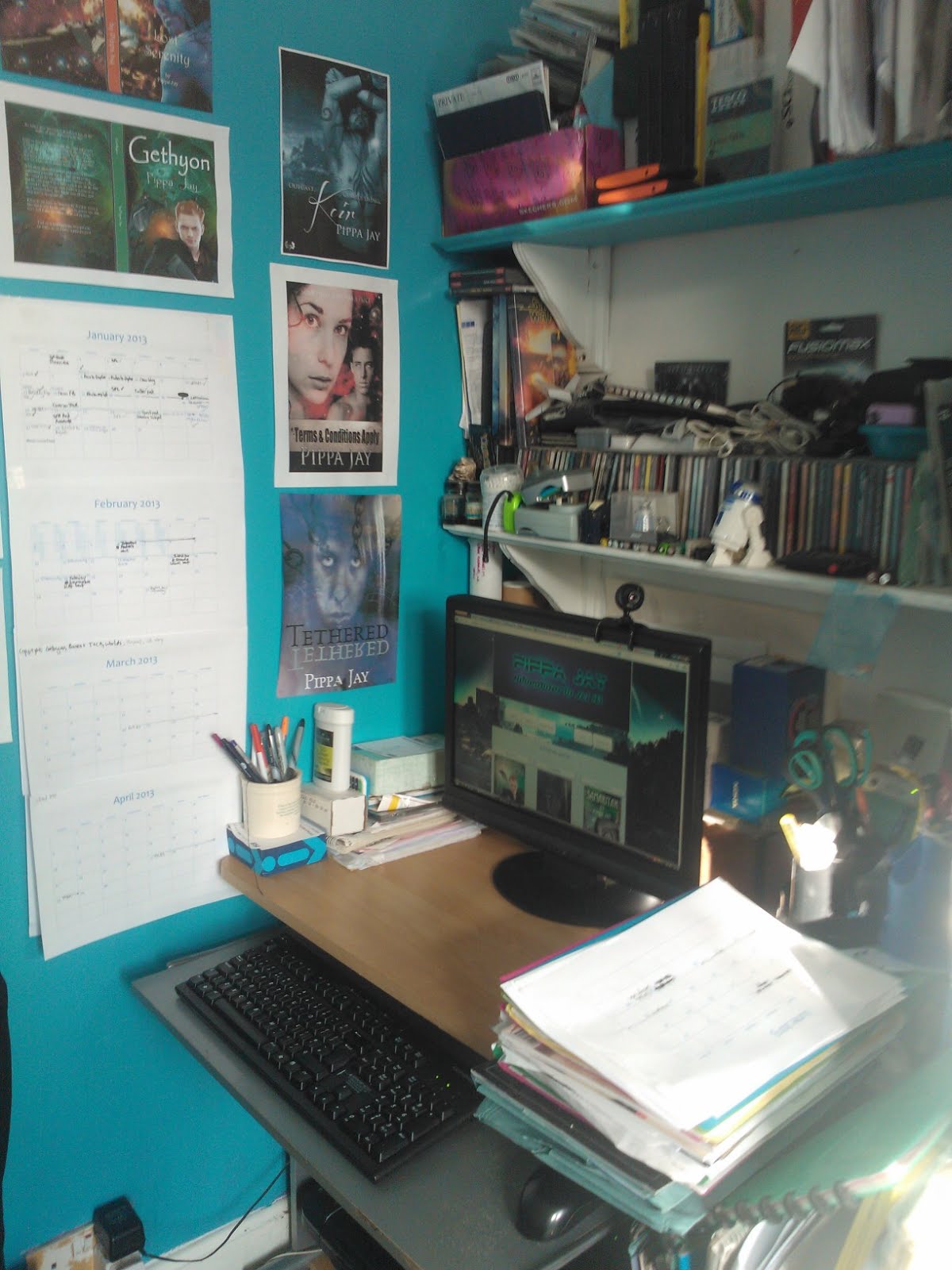 My writing space in its former glory

But hopefully, this summer my writing spot will be here, in our summerhouse, painted a glorious TARDIS blue for good measure. While it might not dematerialize and travel the universe, I guess I’ll just have to imagine it does and explore new worlds inside my head and on my computer. 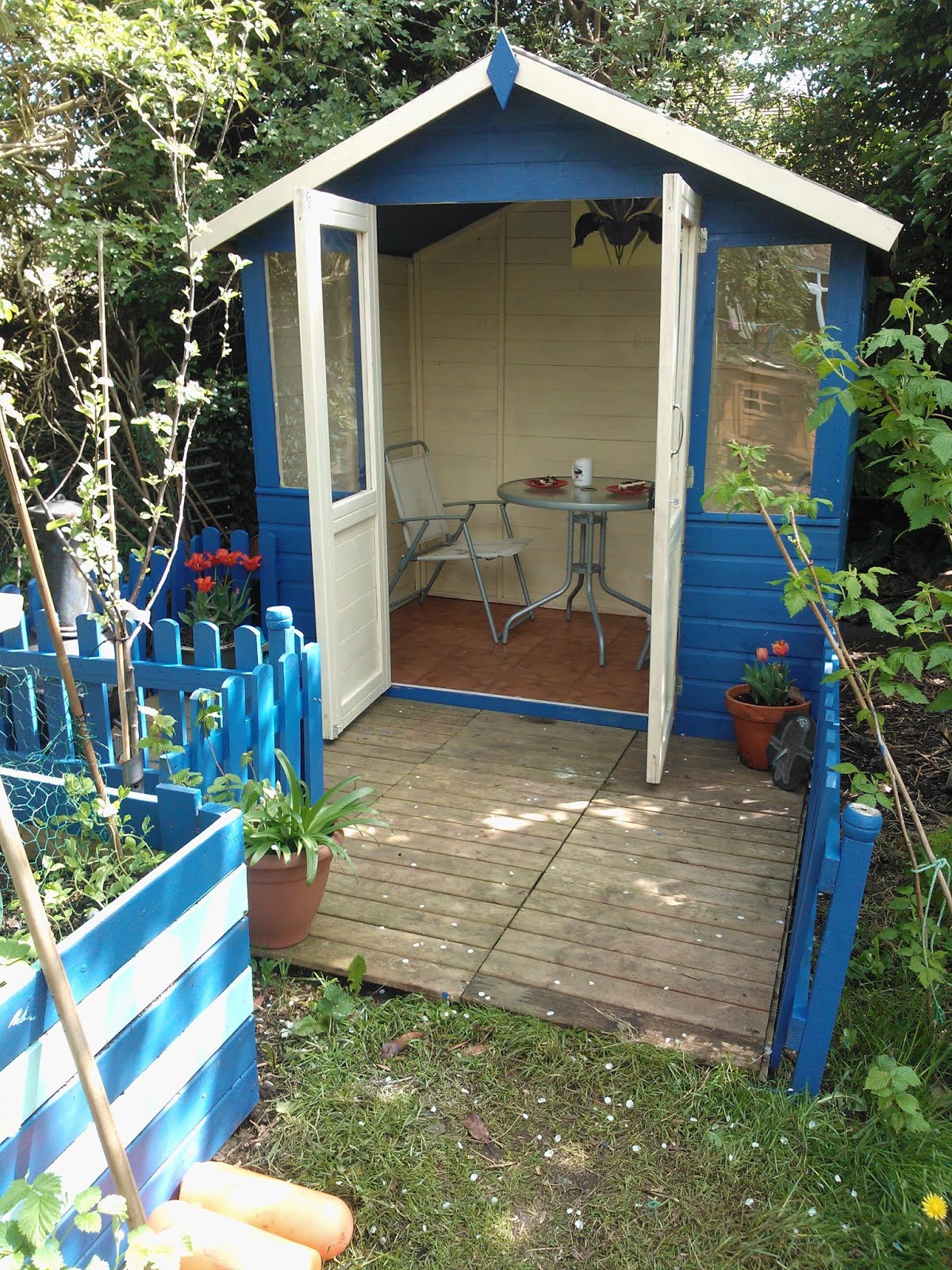 I’m lucky to live in the historical town of Colchester in the UK. Walk ten minutes one way and you’re out in the countryside. 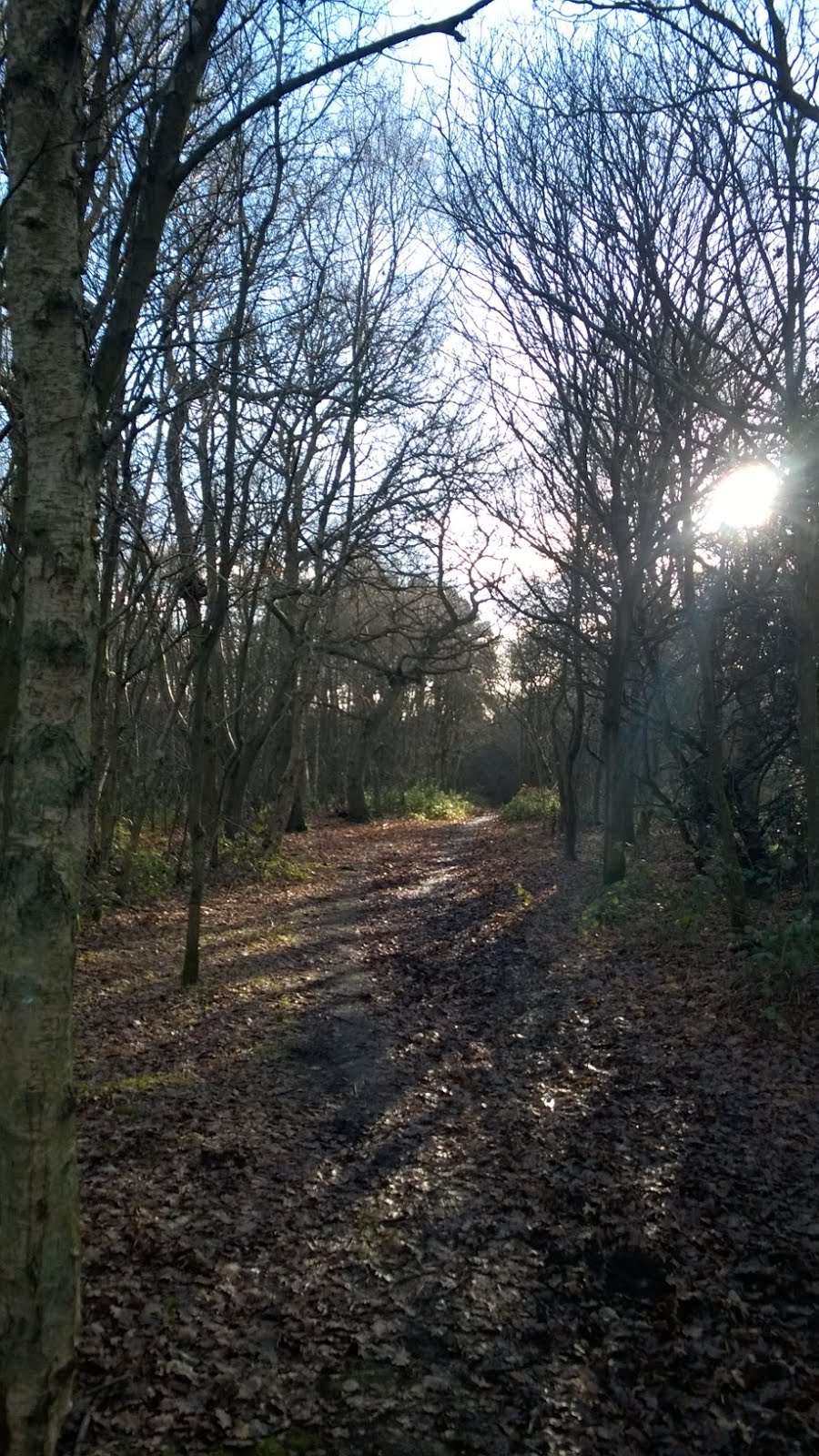 Half an hour the other way, and you’re in the town, with its medieval buildings and a Norman castle built on the burned remains of a Roman temple. The remaining Roman walls still carry the scars of a siege by Cromwell during the civil war. 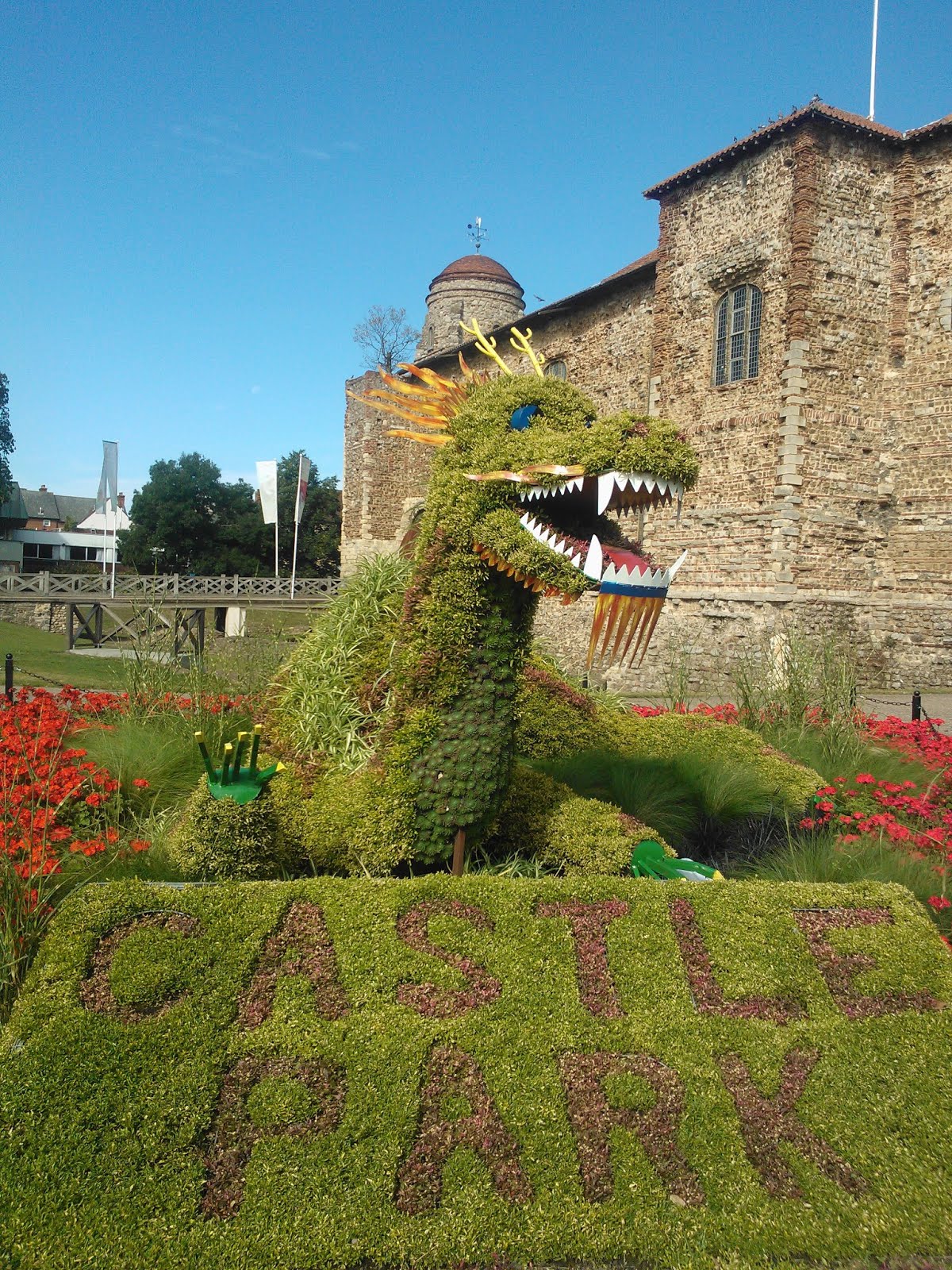 Colchester Castle and the surrounding park

Half an hour drive, and you’re on the East Anglia coast, where you can choose between wide sandy beaches, mud flats rich in wildlife, or gravel beaches where dedicated hunters can find ancient sharks teeth and other fossils. Plenty of inspiration to be found! 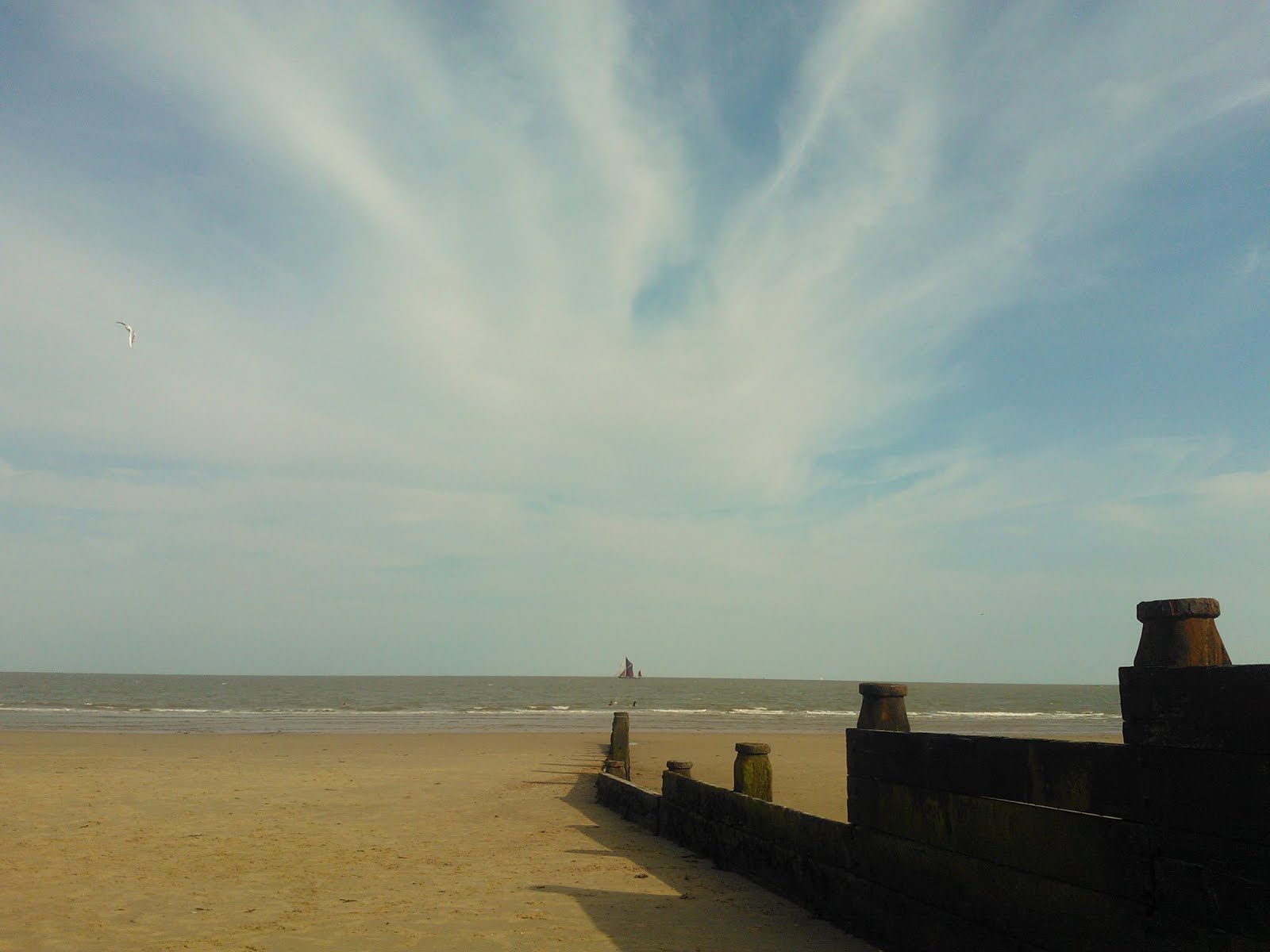 When the surroundings fail, trawling for images on stock photo sites, copious amounts of coffee, and a constant stream of music on my mp3 keep the ideas going. Most stories have a playlist that has inspired the general feel, if not actual details throughout the tale.

At the last count, my TBR pile on my Kindle alone totalled a rather scary 248 titles (I know it only says 70 in the picture, but that’s because the rest are archived from my old Kindle). And don’t get me started adding the paperbacks, Kobo books, and PDFs still sitting on my computer! Mostly scifi romance, but you’ll find all levels of scifi with a smattering of fantasy, paranormal, and the odd humorous title. 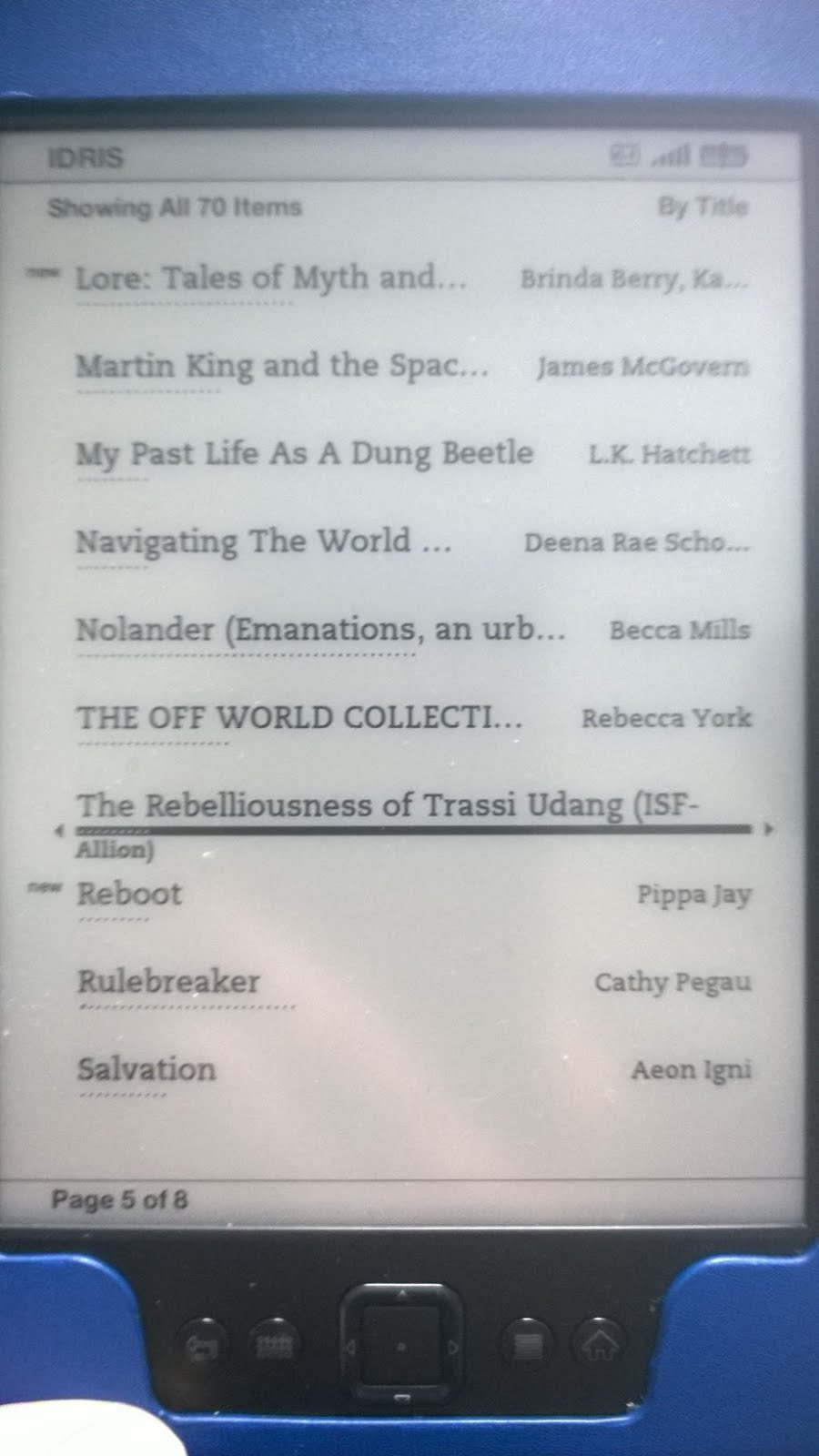 Part of the Kindle list. And yes, my Kindle is called Idris. Whovians should know that one.

A stay-at-home mum of three who spent twelve years working as an Analytical Chemist in a Metals and Minerals laboratory, Pippa Jay bases her stories on a lifetime addiction to science-fiction books and films. Somewhere along the line a touch of romance crept into her work and refused to leave. In between torturing her plethora of characters, she spends the odd free moments trying to learn guitar, indulging in freestyle street dance and drinking high-caffeine coffee. Although happily settled in historical Colchester in the UK with her husband of 20 years, she continues to roam the rest of the Universe in her head.

Pippa Jay is a dedicated member of the SFR Brigade, a community of science fiction romance authors and publishing professionals committed to writing and promoting the very best in the genre.