Sixteen-year-old Andi is tired of being a second-class sibling to perfect sister Laina. The only thing Andi’s sure she has going for her is her awesome hair. And even that is eclipsed by Laina’s perfect everything else.

When Andi’s crush asks her to fix him up with Laina, Andi decides enough is enough, and devises a twelve-step program to wrangle the spotlight away from Laina and get the guy.

Step 4: Make a list of her good qualities. She MUST have more than just great hair, right?

Step 7: Demand attention for more than just the way she screws things up.

When a stolen kiss from her crush ends in disaster, Andi realizes that her twelve-step program isn’t working. Her prince isn’t as charming as she’d hoped, and the spotlight she’s been trying to steal isn’t the one she wants.

As Laina’s flawless façade begins to crumble, the sisters work together to find a spotlight big enough for both to shine.

Last year, Aussie Owned and Read hosted a pitching contest called Pitcharama. Each of us shortlisted our three favourite pitches, and these were then requested by various press editors. Twelve Steps was one of our entries. I originally had it as one of my three, but Sharon guilted me into giving it to her because it was contemp and that’s not my usual genre. (When Lauren said “there were tears, tantrums, stealing, and a little name calling“, this was the book she was referring to.)

Next time I will be hardened to Sharon’s big-eyed Puss in Boots routine. :p

Anyway, needless to say, I’m thrilled beyond measure that Twelve Steps was picked up, and — even though it’s not my usual genre — I leapt at the opportunity to receive a review copy as part of this blog tour.

This is the sort of story that, if it hadn’t been handled deftly and with humour, could have gone horribly wrong. Both girls are gorgeous and popular, but neither of them fully appreciates how lucky they are. Both, it becomes apparent fairly quickly, view the other sister as the more popular one. And Andi, our leading lady, can be quite sly and manipulative to get what she wants. Only one person sees through her act, and that’s Dave.

Fortunately, Andi has a good heart and instead of turning into the wicked sister she could have become, she (mostly) uses her powers for good rather than evil — especially once she realises there’s more going on than the usual teenage drama. She genuinely wants what’s best for Laina, which completely redeems her and the story.

Also, she has a great sense of humour (once of her defence mechanisms when she’s upset), which I appreciated. 🙂

Twelve Steps is a great story of sibling rivalry, unrequited love and growing to be comfortable with who you are. I give it five stars. 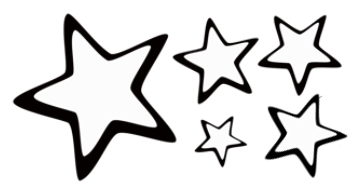 As the second of eight children and the mother of four, Veronica Bartles is no stranger to the ups and downs of sibling relationships. (She was sandwiched between the gorgeous-and-insanely-popular older sister and the too-adorable-for-words younger sister.) She uses this insight to write stories about siblings who mostly love each other, even while they’re driving one another crazy.   When she isn’t writing or getting lost in the pages of her newest favorite book, Veronica enjoys knitting fabulous bags and jewelry out of recycled plastic bags and old VHS tapes, sky diving (though she hasn’t actually tried that yet), and inventing the world’s most delectable cookie recipes.  TWELVE STEPS is Veronica Bartles’s first novel.